Julian Ware-Lane is pleased with Labour's promises on pensions 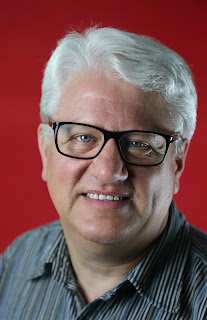 Julian Ware-Lane, Labour’s candidate in Southend West, is pleased that the Labour manifesto includes a commitment to continue the “triple lock” on pensions, and to extend pension credits to women born in the 1950 who had their retirement date changed. “These are issues that affect a good number of constituents,” said Julian. “Our commitment is clear and unambiguous: we will protect pensioners and deal with the anomalies in the present system.”

The triple lock guarantees that the basic state pension will rise by a minimum of either 2.5%, the rate of inflation, or average earnings growth, whichever is largest. Over recent years, pensioner have seen their incomes increase relative to earnings and prices.

Theresa May is known to favour scrapping the triple lock and instead only increase the basic state pension in line with earnings or the retail price index. “Once again,” Julian said, “it is ordinary people who the Tories are considering making pay for their inability to deal with the deficit.”

In a move that will affect women born in the 1950s, Labour will extend pension credit to the women who have had their pension age changed to 65 in line with men. Sir David Amess, Conservative candidate for Southend West, believes that women had sufficient notice of the changes and could, “make preparations for their retirement,” wrongly believing the changes had “been clearly advertised on the Government websites.” As Julian points out, “It was a little embarrassing that the change, first announced in 1995, was still incorrectly shown on a government website as 60-years-old in January 2016.”

Labour has acknowledged that these “women deserve both recognition for the injustice they have suffered and some kind of compensation for their losses.” To redress this, Julian is delighted that, “Labour will extend pension credit back to these women.”

Labour will also ensure that the winter fuel allowance and free bus passes continue “as a universal benefit,” and have committed to “protect the pensions of UK citizens living overseas in the EU or further afield.”
at May 15, 2017