I used to attempt to record much of my community activity, somehow I struggle to find the time nowadays to be as prolific a blogger as I once was. To be fair, though, I never intending my blog go be a diary, nor pretended it was ever complete.

Sometimes I miss writing stuff about interesting or important issues. The trouble is, there is much to enervate the mind, and too few hours to really do much. At times I have the choice of action or writing, and writing has to take the back seat.

However, I do as much as I can, and I hope that after a year that has seen ill health that I will be back to full speed in my activism.

Here are some recent photos; I hope you like them. Here's to a successful 2017.


When the webcasting of our council meetings at Southend-on-Sea was first floated (in 2012) as an idea I was almost alone in making my objections known. Whilst not opposed in principle to the idea of broadcasting of our meetings, I thought this exercise in vanity was ill-timed when set against the backdrop of serious and deep cuts.

At the last Full Council a UKIP councillor asked about the cost of broadcasting our meetings, and here is the response that has been sent to all councillors :-

The above cost does not include set-up, but since this has already been spent then I guess we can ignore that now. Whether the ongoing costs are worth it is, I guess, a matter of opinion. Set against other cuts it will still seem extravagant to some.
at December 22, 2016 No comments: Links to this post 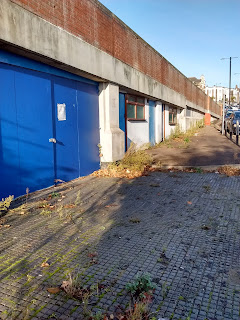 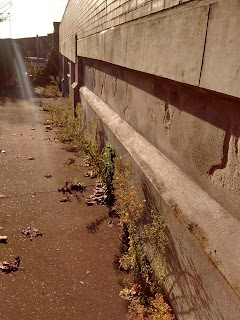 A bar chart to savour

I am not always a fan of bar charts. Sometimes they can be quite misleading. The Liberal Democrats are notorious for their use of them. However, in a year that saw me re-elected as Councillor for Milton ward, with a significant bump on both my majority and vote share I thought I would share a bar chart with you.

In six years the Labour vote share has nearly doubled, and in spite of increasing numbers of candidates. Milton now boasts the largest number of Labour votes in Southend-on-Sea. Not bad for this once Tory-stronghold.

My thanks to all who have helped make this happen.
at December 19, 2016 No comments: Links to this post

Last night's Full Council was characterised by several underwhelming performances by portfolio holders. This included an unconvincing effort at defending the extravagance that is "Celebrating 125 years of the Borough of Southend-on-Sea & the Centenary of Priory Park being gifted to the Town".

The Conservative Deputy Leader certainly could not persuade me that spending £580,000 on an arbitrary anniversary when austerity has seen enormous cuts over the last six years, with the promise of more, is a good idea.

Whilst I am happy to celebrate, I think we should be concerned that profligacy has once again returned to Southend-on-Sea's Borough Council. The next round of Council meetings will see the Budget, and any large-scale cuts will stand in stark contrast to this proposed expenditure.

Money is being found from the Business Transformation Reserve. And here is a list of what it is being spent on :-

The portfolio holder, Wakering resident Cllr Ann Holland (Conservative, Southchurch ward), believes the expenditure will transform business - I wonder how? I see nothing in this list that even gets close to a sensible definition of business transformation.

This item followed my questioning about the selling off two council properties (homes that could have housed families) which raised £525,000. Aside from the fact that some would consider this a slap in the face to those who sit on the Council's housing list, selling off Council property to fund these extravagant celebrations is unwarranted.

The current Conservative administration has wasted little time in returning to their spend now, pay later ways. Clearly it is austerity for some, extravagance for others.

Email ThisBlogThis!Share to TwitterShare to FacebookShare to Pinterest
Labels: Celebrating 125 years of the Borough of Southend-on-Sea & the Centenary of Priory Park being gifted to the Town, Cllr Ann Holland, Southend-on-Sea Borough Council, wasteful Tories


The Essex Fire Authority was significant for the discussion on the Draft Initial Local Business Case for Joint Governance of Police and Fire & Rescue in Essex.

I tries, unsuccessfully, to get this item deferred as this paper was distributed very late (less than five days before the meeting). My motion was defeated with only six supporting (all of the Labour and Liberal Democrat groups).

There was a Liberal Democrat motion that said "... we see no benefit to the rent of essex, either financially or democratically, the takeover of running Essex Fire service by the Police and Crime Commissioner  ..."

This motion was defeated by seven votes to fourteen (Labour and the Liberal Democrats were joined by one UKIP on this occasion).

We are at the mercy of the Tories in this kind of debate, so heavily outnumbered are we. The others (no-Conservative members) either abstained, were absent, or voted with the Tories (other UKIP councillors) - which was disappointing. Their meek compliance to Conservative wishes was shocking to behold.

The taking over of the Essex Fire Authority by the PCC may be a done deal, but surely we cannot cave in without some attempt at making the majority Conservative caucus work a bit.