Are Your Living Standards Improving? 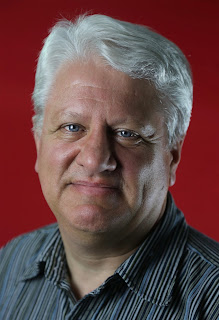 With the media reporting daily that increasing numbers are forced to use food banks, and millions are now referred to as ‘just about managing’, we probably all know somebody who is struggling to survive. However, even families who can maintain a good standard of living have not seen an improvement in their prospects for some years.

Julian Ware-Lane, Labour’s parliamentary candidate for Southend West, puts it bluntly: “the Tories have run this country for the past seven years, and they are asking for a further five years in power, and in my view we have seen an unprecedented drop in living standards, and it will get worse if the Tories are re-elected on 8th June”.

Working people face a further fall in living standards under a Tory Government, and as Julian said, “the Tories have withdrawn their promise not to raise income tax and National Insurance contributions for the lower and middle income earners, and the previous tax guarantee made in 2015 no longer applies.”

The Tories have dropped from their manifesto their previous promise to raise living standards.

Since 2010, the average household pays more in both direct and indirect taxation: a total of nearly £2,000.

Under the Tories the UK is set to experience the worst decade for real household disposable income since 1949.

Not content to place further burdens on those who work, millions of pensioners are now being targeted to pay more. Julian added: “I am shocked that pensioners, some of the most vulnerable in our society, are now seen as a legitimate source to fund Tory plans. What worries me is that Theresa May cannot tell us how many pensioners will be affected by her proposals, nor how bad it will be for any individual case”.

Pensioners would have been left at least £330 worse off had the Tories’ new ‘Double Lock’ been in place in recent years.

Ten million people - five out of six pensioners - are set to lose their Winter Fuel Payments, worth up to £300.

Tory social care plans could see those who need support forced to pay for it with their homes.

34 million people face the prospect of working longer if Theresa May raises the State Pension age.

Julian hopes that all our local residents carefully read Labour’s manifesto: “it is a simple choice between Theresa May’s future of more austerity and suffering or Labour’s vision of hope. It is a no-brainer that Britain needs a Labour Government now, and I stand by our slogan: For The Many Not The Few”.
at May 31, 2017