At the last Full Council nine councillors declared a pecuniary interest in the item on the licensing of landlords. Of these nine, eight sought dispensation to attend, speak and vote at the various council meetings on this subject. These nine are all landlords and will be personally affected by the outcome of the debates, especially if licensing is adopted.

Cllr Ward (independent) chose not to seek dispensation, and will not take part in these debates.

It is the Standards Committee that decides on the dispensations.

I sit on the Standards Committee and had to sit through the discussions earlier this week when the Tory councillors on this committee exercised all sort of logical gymnastics in justifying the claims of those seeking dispensation.

I do not think they should be allowed any role in these debates – there is a clear, and admitted, pecuniary self-interest. However, they are taking part – five Conservative councillors have ensured that.

Many reasons were put forward as to why these dispensations were needed, and none convinced me. Pecuniary interest must mean exclusion, whatever the subject of the debate. We cannot have councillors influenced by self-interest, which is what the debate on landlord licensing has now become.

The councillors granted dispensation are one from the Independent Group: Cllr Ayling. There are seven from the Conservative Group: Cllrs Boyd, Evans, J Garston, Habermel, Hadley, Salter and Waterworth.

Unlike Cllr Terry I did not flounce out of the meeting – I stayed until the end. I was disappointed, but not surprised to see the Conservatives favouring self-interest; after all theirs is the self-interest party.

Me, I'm the captain of the Titanic (again)

Political party funding, particularly at local level, is a thorny issue. Generally, parties struggle for money, which has a far-reaching impact on democracy. There is a discernible trend, in Essex anyway, of local parties either downsizing their accommodation, or losing it altogether., as they respond to shrinking reserves and growing bills.

We are lucky in Southend that the Labour Party still has an office. This is sited at 268 Sutton Road. When I first joined, in 1996, the Labour Hall was located at 40 Cambridge Road. I am still not entirely convinced by the choice of 268 Sutton Road when we left Cambridge Road but realise that I cannot undo the past. The office is not the best, and the location could be better. However, I have got used to it, and losing it would be a blow.

The office is actually owned and maintained by the Southend Labour Club and Institute. This is not a body of the Labour Party, but one closely associated with it.

The Southend Labour Club and Institute had its annual general meeting on Monday, and all of its current officers were re-elected. Thus, I start a second year as Chair of this body.

Here are the officers of the SLCI:

We are struggling to survive, and it is really a story of managed decline. I am a John Smith character, trying my best to avoid the iceberg of financial ruin. I fear it is only a matter of time, although I live with hope. 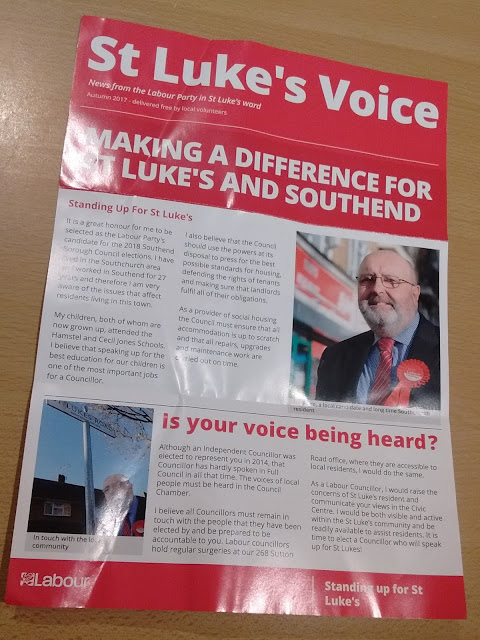 
Southend Labour, and especially those in Southend West, have long thought that they detected possibilities in Blenheim Park ward. As the numbers below show, this wish was not always matched by actual election results. The following numbers show the gap between the Labour vote and the winning vote for election n Blenheim Park ward since 2001.

Last year’s results was a boost to Labour hopes. Not only has the gap between us and the Tories shrunk considerably, since May 2016 our national polling has improved. Whilst anything can happen over the next six months, there is cause for optimism, especially as the councillor defending the seat defected from UKIP to the Conservatives.

Turncoat councillors do provide an intriguing prospect. Those who elected Cllr Waterworth four years must at best be bemused, and more likely disappointed, by his apparent conversion to the blue cause. This comes at a time when blue prospects right across Southend-on-Sea are waning.

Daniel Cowan is the Labour candidate for next May, and he is a doughty campaigner. I expect a good showing by him and Labour in May, if not outright victory. This is a contest I am looking forward to.

I was out canvassing with him in Blenheim Park ward last week, and whilst as always it is a small snapshot, it was a good session for Labour and Daniel.
at November 17, 2017 No comments: Links to this post

Expectations are that Labour will have a gain in Kursaal ward in May. We are doing well in the polls, our showing in June in the ward was strong, and we have a hard-working candidate in Matt Dent. Add in that the Cllr Davies (who is defending the seat in May) has not been a strong presence in the ward and you can see why a Labour gain here is being predicted.

Anything could happen between now and the eletion, and nothing should be taken for granted. We must continue to work hard for residents and hope that they will reward our endeavour.

I am predicting a Labour gain here, and I also expect a gain here in 2019 that will see a clean sweep for Labour in this ward. 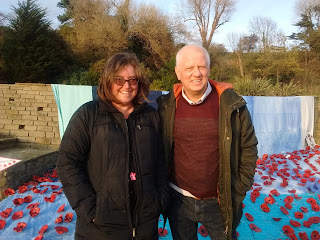 I paid a visit to the Southend Schools Festival of Remembrance, hostd by Blade Education. I am pictured here with Beth Hooper from Blade.

This festival has been created by pupils from 25 schools.

There are thousands of hand made poppies in a display that represens a waterfall-type design.

The festival is in place unil Monday. It can be found at the cliffs in Westcliff-on-Sea, near the cenotaph. Yes, in Milton ward. 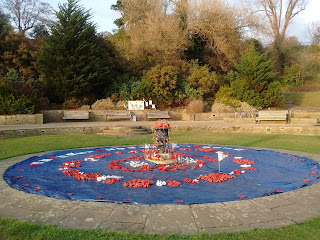 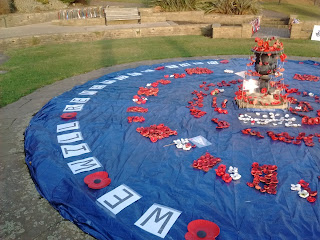 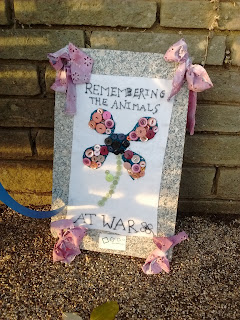 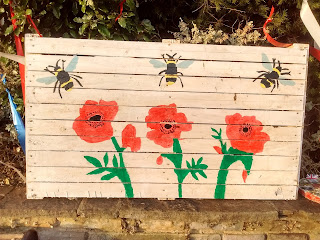 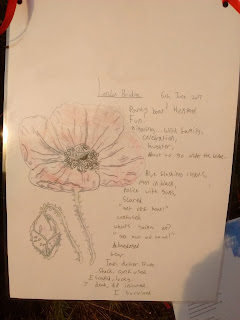 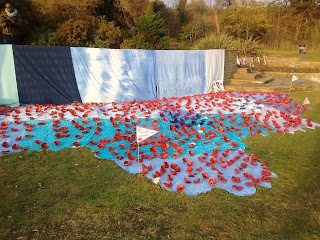 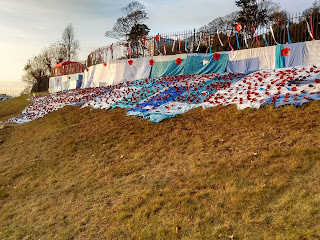 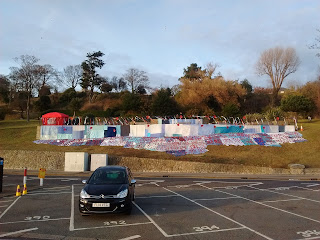