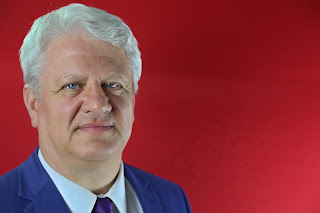 On 25th April 2017, the Office for National Statistics published its “Effects of taxes and benefits on UK household income: financial year ending 2016.” One of its main points was: ‘The poorest households paid more of their disposable income in indirect taxes (such as Value Added Tax (VAT) and duties on alcohol and fuel) than the richest (27.0% and 14.4% respectively) and therefore indirect taxes cause an increase in income inequality.’

When income tax, VAT and council tax are included, this inequality means that the poorest 10% of households in the UK pay on average 43% of their income back to the government in tax, whereas the top 10% of earners pay only 34.3% in total taxes.

Julian Ware-Lane, Labour’s parliamentary candidate for Southend West, states it plainly: “this Government takes from the poor and gives it to the rich – it is like a modern-day version of Robin Hood in reverse.”

In December 2016 Parliament debated specific measures to limit the “Impact of Tax and Benefits on Women and Protected Groups,” however, both local MPs, Sir David Amess and James Duddridge, voted against “calling on the Government to ensure women and protected groups are not disproportionally impacted by tax and benefit changes.”

Labour has pledged to “build a progressive tax system so that wealth and the highest earners are fairly taxed. . . We will act to create a more equal society, boost the incomes of the poorest and close the gender pay gap.”

The Conservative Government had previously refused to rule out future increases in VAT from its present level of 20 per cent, although government figures show that this will disproportionately impact on poorer households. Their position on tax was reconfirmed on the Andrew Marr Show (Sunday, April 30, 2017) where the prime Minister said that she would not be making “specific proposals” ruling out tax increases unless she is “absolutely sure” they can be delivered.

On the Marr show, she also refused to repeat David Cameron’s 2015 “five-year tax lock” promising there would be no hikes to income tax, VAT, and national insurance before May 2020.

Theresa May then appeared on Peston on Sunday saying she would not raise VAT.

Julian is not happy with this ambivalence. “Theresa May doesn’t have the honesty to say so, but Tory tax strategy will continue to throw money at the rich while increasing taxes for ordinary people.”

In March Theresa May abandoned a manifesto commitment not to raise National Insurance. “They promise one thing and then do another,” added Julian, “the Tories are in a complete mess on taxes. It is time for a government led by politicians that people can trust to do what they say they are going to do on behalf of ordinary people.”