The Belfairs Liberal (for this year at least) 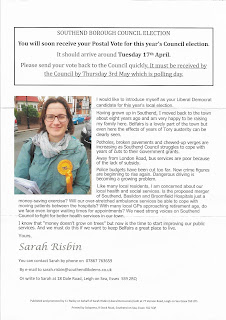 There are six candidates contesting Belfairs ward this year. Here is the Liberal Democrat candidate, a most unlikely winner if this were to happen. However, the Lib Dems have been quite a force in this ward in the past, but the possibility of former glories being re-visited this year is definitely remote.
at April 30, 2018 No comments:

Love a misleading Lib Dem bar-chart? Here's one to enjoy

Try as they might, the Liberal Democrats cannot get away from two poor results in Southend last June. In Southend West the Lib Dems lost their deposit (for the first time ever).

If voters in Leigh ward really want their vote to count then I would encourage them to support Michelle Williams
at April 30, 2018 No comments:

There is a crisis in our NHS 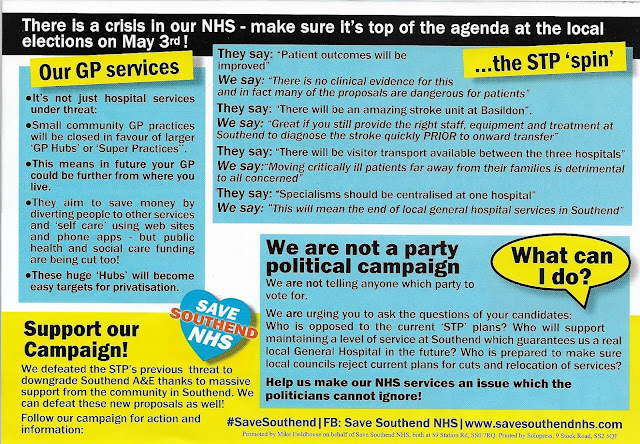 Keith Evans promises to “recognise the importance of representing residents and businesses as an individual rather than a party”. 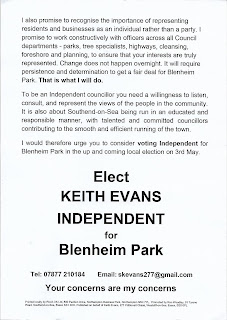 Firstly, I hope I prove that you can both be a loyal party member as well as having an individual voice.

Secondly, though, like his Independent Group Party friends Mr Evans imagine he fools residents into believing that describing yourself as ‘independent’ makes it so. However, his imprint gives him away: “Promoted by Ron Woodley”!

Mr Evans is not truly independent (whatever that really means anyway) and if he cannot be straight on this how can anyone trust him?

Occasionally the Independent Group Party is reasonably upfront about being a party. Most of the time, though, it is an exercise in misinformation for them. And, of course, pretending to be independent saves one from having to have and hold onto any principles.
at April 30, 2018 1 comment:

Alan Dear last tried to get elected in Belfairs ward  in 2016. His 990 votes then was some 61 behind the winning candidate, Cllr Stephen Aylen.
at April 26, 2018 No comments: