Under the Tories, our NHS has been pushed to breaking point. 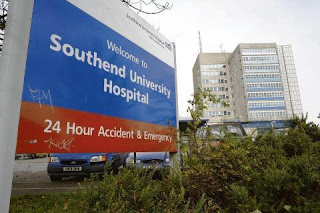 Waiting lists in England have soared to around 3.8million, and many hospital trusts across the country are in financial crisis. Local health services in Southend West cannot afford any more of the Tories’ failure.

Our local accident and emergency provision is under threat, threatened by a Conservative Government that also thinks fewer police is a good idea.

You may have seen in the news that if they win the election, the Tories plan to force older residents in Southend West to use the value of their home to pay for care they may need.

We will immediately halt all Tory hospital closure plans, we will take one million people off NHS waiting lists, and we will put safe staffing levels into law, so that finances never take precedent over patient safety. We will scrap hospital car parking charges, and we will always give mental health the same priority as physical health.

A vote for Labour on 8 June is a vote to stand up for our NHS.