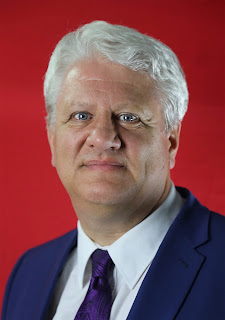 The Conservative Party have issued an eleven-point-plane designed to appeal to traditional Labour voters. Labour’s candidate in Southend West believes this is “a cynical attempt at political cross dressing, that will fail. With no new money to back up any of these plans, these are just inadequate soundbites.”

Theresa May is offering to guarantee, “workers will enjoy the same rights after Brexit as they do under the EU,” but as Julian points out, Labour has issued a comprehensive 20-point plan to maintain the rights that workers have under EU law, and offers further protections beyond those that workers currently enjoy.

The Tories say they will increase the “National Living Wage” in line with earnings until the end of the parliament. Julian responds, “The Labour Party will increase the Minimum Wage to £10, which will be well above the increase in earning.”

The Tories offer “Protections for ‘gig’ economy workers, with a consultation on rights such as maternity leave.” This policy is eclipsed by Labour’s commitment to scrap all zero hours contracts: to ensure workers get a guaranteed number of hours each week, and ensure care workers are paid travel time.

Theresa May wants to see “Worker representation on company boards,” This Julian argues, “is no substitute for trade union representation that Labour will enforce ‘through a new Ministry of Labour, and empower workers and their trade unions’.”

Mrs May offers, “New right to request leave for training.” This pales beside Labours commitment to “create a unified National Education Service (NES) to move towards cradle-to-grave learning that is free at the point of use,” and Labour’s industrial strategy which includes “lifelong training” that “will deliver productivity and growth to the whole economy.”

To alleviate the crisis in social care, the Tories will introduce, “New right to care for sick relatives full-time.”  “There is no money to support these people or their employers,” Julian points out. “They will be unpaid.” By contrast, the Labour Party will invest another £8bn in social care in the next parliament ensuring it is the state rather than the individual will shoulder the responsibility.

The Tories propose, “New rules to protect pensions from bosses' irresponsible behaviour.” Labour’s draft manifesto states, “We’ll restore confidence in the workplace pension system and put people rather than profit at its centre. Labour will end rip off hidden fees and charges and enable the development of large efficient pensions funds which will mean more cash for scheme members and lower costs for employers.” Labour has also committed to retain the triple lock on the state pension, “extend pension credit to 1950s-born WASPI,” and reject the Conservative policy to increase the pension age further.

Theresa May wants to extend the Equalities Act for those with mental health conditions. Julian says, “I hope that Theresa May learned something from meeting Cathy, a woman with a learning disability in Oxfordshire.” Speaking for everybody with mental health and disabled problems, Cathy said to Mrs May, “I want them not to have their money taken away from them. . . Fat cats keep the money and don’t spend it on us lot [we] get nothing. . . I want my disability living allowance to come back: not have PIPS, and get nothing. I can’t live on £100 a month.” The Labour Party is committed to scraping the Personal Independence Payments (PIPS), and instead, “change the culture of the social security system, from one that demonises people to one that is supportive and enabling.”

Theresa May announced these proposals at a scheme in Oxford that supports "returnships" for mothers: a scheme that the Tories want to extend. The Labour manifesto goes much further providing an unequivocal commitment, “to provide 30 hours of free childcare for all two to four-year-olds”: a policy that will affect 1.3 million children and their parents.

“Our proposals have been fully costed, whereas the Tories offer no new money. The Tories are treating people like fools. I am quite confident that the people of Southend will not be so easily deceived,” Julian concluded.
at May 21, 2017