Striving for a greener Southend


Many times in the last decade I have had significant input into Southend Labour's manifestos. Whilst our manifestos are always a collaborative effort, I can claim to have led the writing of the manifesto in the run-up to several local elections, and this is true of this year too.

This year I have run workshops and crafted draft versions. I am also usually involved in one way or another in the manifesto launch, although this year I was otherwise engaged.

Some time ago  I undertook the task of getting a personal want into the manifesto, a pledge that I believe would improve this wonderful town of ours.  This was my personal desire to see an urban wood of some sort, a new urban wood, established in the borough.

In the manifesto, under "A greener town", is this sentence: "Plant more trees generally and create a new urban wood in the borough."

Should I be successful on Thursday, and should the Joint Administration still hold sway in the council chamber then I will be using my influence to push this idea further along. I am delighted that I have been able to persuade my colleagues in Labour to subscribe to the idea of a new urban wood, but now that I have a commitment in the form of words, I want action.

Southend will be a greener borough under Labour, I can assure everyone of that.
at April 29, 2016 1 comment:

Re-elect me, re-elect someone who has made a difference 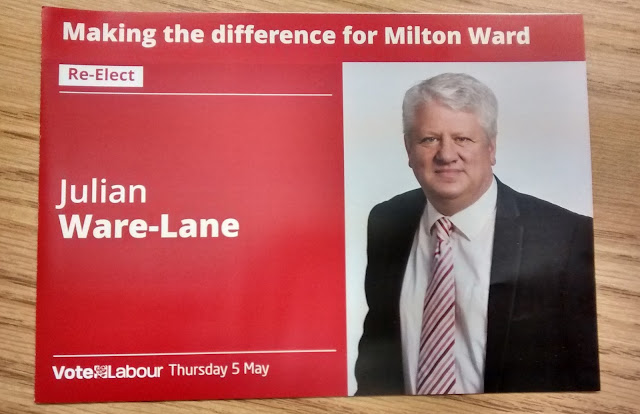 A potential for all change in Rochford, and let's hope it happens


Here are the Labour candidates for next week's Rochford District Council elections :-

The number of candidates per party :-

This is an all-up election for Rochford which has seen new ward boundaries. This means that there could be an end to the Conservative administration - I live in hope.

A few familiar names amongst the candidates include Ann Holland, standing in Foulness & The Wakerings. Ms Holland is Deputy Leader of the Conservative Group on Southend-on-Sea Borough Council. I assume this is an indication that she has finally decided to represent a ward in her home authority and intends to give up her Southchurch seat.

Also standing in Foulness and The Wakerings is Mr Kursaal Green, Simon Cross. Whilst I, of course, hope for Labour victories I wish him well. Southend-on-Sea's political scene will be the poorer for his absence.

I confess to some shock in seeing Angelina Marriott standing in Conservative colours in Hullbridge. I have campaigned with Angelina on many occasions and she never gave me the impression of being likely to switch sides. Hullbridge seems to be the place for disaffected former Labour members.
at April 28, 2016 No comments:

The Labour slate in Basildon


Basildon Borough Council has elections on Thursday, May 5th, this year. Here are the candidates I advise all who live in that borough to vote for :-

The number of candidates by party standing in Basildon this year :-

The make-up of the council is currently as follows :-

This blog is hosted by Blogger and any election related statements are promoted by Julian Ware-Lane on behalf of Labour candidates in Southend, all of 268 Sutton Road, Southend-on-Sea, SS2 5ET. 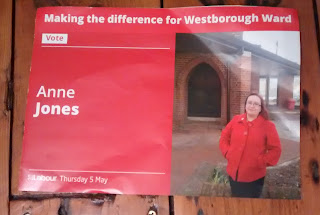 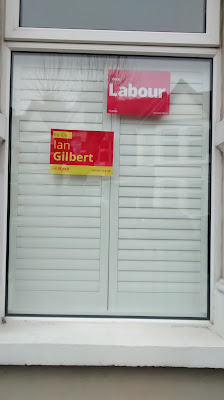 There is only one sensible choice on the ballot paper this year in Victoria ward. Cllr Ian Gilbert is defending this seat for Labour, defending his record whilst doing so. And what a proud record it is.

Ian leads the Labour Group on the Council, and is Deputy Leader of the Council too.

His industrty and intelligence are well known. Ian works hard for all in this town centre ward.

Ian is also a keen campaigner right across the borough, happy to help out comrades wherever help is needed.

Victoria ward is Labour's safest ward in Southend-on-Sea, and this is testament to Ian's hard work, as well as that of his fellow ward councillors, Cllr Margaret Borton and Cllr David Norman.

No vote can or should be taken for granted, but anything other than another term for Ian will be seen as a major upset.

British workers benefit from the EU 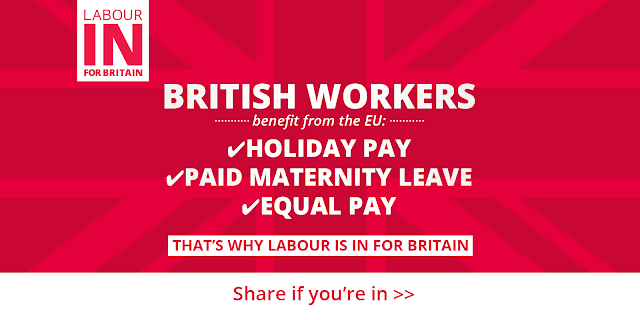 Email ThisBlogThis!Share to TwitterShare to FacebookShare to Pinterest
Labels: European Union, Labour IN for Britain


There are a number of good reasons why we should be encouraged to reduce our meat intake. This does not mean a full-blown conversion to vegetarianism or veganism, but perhaps having one day a week where meat does not feature in any of our meals.

There are, as I see it, three main reasons why reducing meat consumption is a good thing. Our health, our most precious thing, is the main reason. Studies have shown that a reduced meat intake promotes a healthier life with increased longevity. For instance, heart disease, in many cases,  is linked to the consumption of red meat.

Reducing meat consumption also helps our planet and the environment. Less land is required to produce vegetables than to manage livestock, meaning that precious natural habitats can be preserved. Keeping livestock is also responsible for the production of a significant amount of greenhouse gases.

There is also the issue of animal cruelty. Where possible it is incumbent on humans to treat animals with respect.

Meat Free Monday encourages people to skip meat for one day a week to improve their health and help the planet. I hope to one day see Southend-on-Sea join the likes of Barcelona in promoting the MFM campaign.
at April 14, 2016 No comments: