Labour Energy Forum, building an energy future that serves us all

Labour Energy Forum promotes bold left visions for a clean, reindustrialised and democratised economy and energy system. We believe in a future that is desirable, hopeful and brave.

We support the divestment of local government pensions from fossil fuels, and reinvestment into local communities, in line with fiduciary duty.

Email ThisBlogThis!Share to TwitterShare to FacebookShare to Pinterest
Labels: Labour, Protecting Our Planet


53 year old Stephen George has been chosen by members to be Labour’s candidate in Milton ward for next May’s elections.

Stephen is married with one son.

Stephen is a real asset to the Milton Labour campaign team and brings much to the table. Stephen played an important role in helping Cllr Cheryl Nevin get re-elected earlier this year.

He has been a Labour Party member for over 35 years and previously served on Southend Council for 11 years.

He has the experience, skills and knowledge to serve the people of Milton, a ward he once represented before taking a break from politics to marry and start a family.

Stephen was first elected in 1999 in Milton ward before subsequently representing Kursaal. He is a former Deputy Group Leader (and acting leader for three months owing to the ill health of the then leader).

“Like many I have been horrified by what has happened locally and nationally over the last eight years. Austerity and continuous budget cuts has resulted in severe problems in Southend and elsewhere. Amongst these are a housing crisis with a consequential increase in homelessness, an education crisis with growing class sizes, a policing crisis with rising levels of crime, and a health crisis with local hospital services under threat.”

Stephen hopes he can complete a Labour hat-trick in Milton by ousting an underperforming Conservative councillor.
at August 23, 2018 No comments:

Founded in 1940 by six peace activists including George Lansbury MP, Labour Action for Peace (LAP) has been active in promoting peace, opposing war and working inside the Labour Party and wider labour movement to keep peace and disarmament issues to the forefront of Labour’s policies.

Email ThisBlogThis!Share to TwitterShare to FacebookShare to Pinterest
Labels: peace

A year on, still unfriendly, still no apology

In November 2017 I submitted a Motion on travellers to Full Council. This include the following five proposals:

1, Condemns any language that stigmatises or labels the traveller community.

3, Should encourage greater understanding and tolerance of all minority groups.

4, Welcomes all visitors to the borough. This borough aim is increase visitor numbers, to be a bigger tourist magnet. This local authority should not discriminate at all, nor should it pre-judge the motives of any visitor.

5, Should attempt to find somewhere for travellers to temporarily de-camp when they visit, thus ending the sight of caravans in our parks and open spaces.

When Cabinet considered this it was only partially accepted (parts 1-4 of the motion were supported).

In respect of part 5 of the motion it was noted that the most recent “Gypsy, Traveller and Travelling Showpeople Accommodation Assessment” found that there is no current or future need and therefore no action is required.

However, there are regular reports of travellers visiting the borough and parking in whatever open spaces they can find. Clearly, my understanding of ‘need’ does not tally with the Conservative administration’s. The travellers keep turning up, and the unwelcoming local authority treats them badly. They are found guilty by a kangaroo court of councillors and council officers, regardless of whether they have done anything wrong. The mere fact of being a traveller makes them unwanted in their eyes.

Of course, wrong-doers should be punished. Existing and arriving are not crimes.

My motion was drafted as a response to vile comments by Conservative Cllr Walker (Shameful comments regarding travellers from two senior Southendcouncillors) and his friends in the chamber. A year on, and he has yet to apologise. 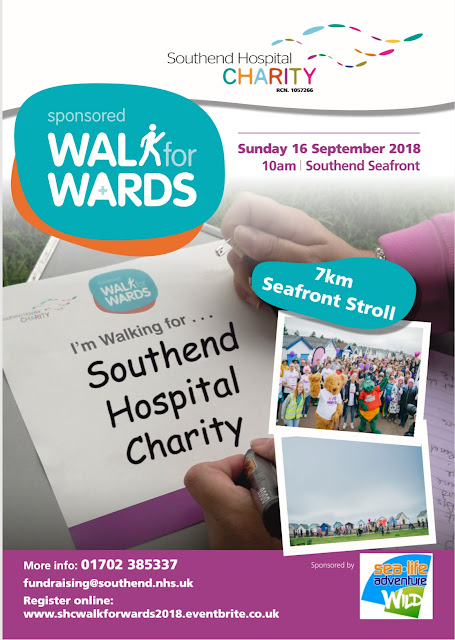 Seventy years of the National Health Service – will we see another seventy?

The National Health Service has been serving the UK for 70 years, and in that time it has touched the lives of most, if not all, who live in this great country. It was lovely to see the recent celebrations, and I have heard many moving stories. From cradle to grave the NHS cares, and whilst no-one will pretend it is perfect, most will have good things to say about the doctors, nurses and other health professionals who give so much and work so hard. 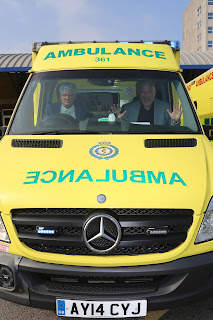 I have seen a lot of the NHS over the last couple of years, and as a parent it was there to help deliver my children. I can say that my personal experience has been mostly good, although we can all see that improvements can be made.

However, continuous improvement is one thing, wholesale changes driven by fiscal demands are another.

We live in a wealthy country, a country that is one of the major economic powerhouses. Yet, sometimes healthcare, especially when a government whose priority is austerity (eight years and counting), falls short. A government intent on an agenda of cuts, cuts and yet more cuts, is not one to trust with looking after the NHS.

For instance, the current STP process suggests that receptionists will undertake an element of triage.

This is discombobulating enough. Worse though is the likelihood of this triage aspect to expand – especially as the bean counters who seem to run the world nowadays will see this as another way to cut costs (never mind what this means for the patients). Aside from anything else, the sick often want reassurance and I am doubtful whether this can come from anyone but a health professional. One dreads to think what mistakes could be made – doctors get it wrong sometimes, the untrained are bound to more prone to mistakes.

I won’t be around to see another 70 years of the NHS, and yet I hope I can have the expectation that such a milestone will be reached.
at August 21, 2018 No comments:

Where are the marginals?

The above table shows every ward in Southend-on-Sea and it indicates the majorities given in this May’s local elections. The table is ordered by the size of the majorities.

Opinions will vary as to what makes a marginal, but I would suggest anything under a 200 vote majority is a good measure. This means that four wards are marginal. Marginals are the most likely wards to provide gains and losses.

Conversely, this list shows which wards should be safe. It is especially comforting to this activist that Milton is the eighth most safe ward. This may be tempting fate, but with four Labour wards amongst the top eight most safe (albeit based on this year’s numbers) I believe that a growing Labour Group in Southend-on-Sea is an inevitable consequence. 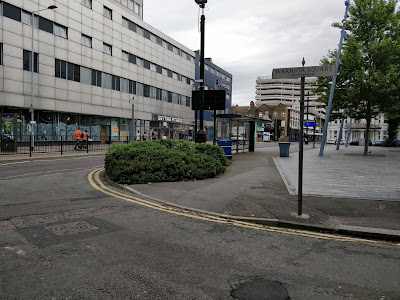 I have had several reports of rats in Warrior Square. Apparently they can be quite brazen.

Whatever the merits of these little furry animals, they do spread germs. Having them around unfettered in a town centre public park is unacceptable. Warrior Square is used, often by youngsters and families, it is also home to a cafe.

Cafe customers must enjoy seeing wildlife whilst enjoying outdoor dining, yet cannot help but be appalled by the sight of vermin scurrying around them. As for users of the park, everyone is aware of the health threats posed by these animals.

Added to this I the sense of neglect and decay that the presence of rats convey.

The rats, I am told, nest in the bushes adjacent to Chichester Road and under the decking nearby.

I have asked the Council to look into this, although I understand that another victim of the draconian cuts is pest control.

I hope that public health does not suffer because of austerity.

Violent crime in Southend – something has to change

A police meeting, called to address the terrible events that occurred in the Farringdon Service Road in May, was in many ways shambolic, and suffered from being badly run. But there were high points, and these all featured residents. The residents who spoke were clear and eloquent, and not a little angry and frustrated.

Are residents being properly listened to? When they are being shouted down then the answer is “no”. At times it can appear that all residents receive is platitudes, or being effectively told that they are wrong. This is a long way from the reassurance that I believe is needed.

We cannot have business as usual, for whatever we may wish to think, the reality is that violent crime is on the increase. However, what would not be helpful at the moment is for action without thought.

“Oh no, not another one”. An instinctive reaction born partially out of the growing realisation that these sorts of incidents are happening frequently and regularly. Outrage will fall victim to nonchalance if we are not careful.

Cuts: always rolled out as an excuse for all sorts of things. Yet, those cuts are significantly affecting the world we all inhabit. There are fewer police; this impacts the visibility of law enforcement. This gives rise to the impression that crime often goes unpunished.

We do not have a lawless borough. What we do have is an increasingly violent one. Whatever reassurances we, the residents, receive is little comfort after our families and friends have been threatened and robbed at knifepoint. Something has to change.
at August 13, 2018 No comments:

Profusion, verdure across the town

Stephen George has been selected to contest Milton ward for Labour in next May's local elections. He will be seeking to unseat the underperforming Tory that currently has the seat

In other selections Charles Willis has been re-selected in Westborough, Maggie Kelly has been chosen in Kursaal (and will be looking to oust turncoat Judith McMahon). Ian Pope will have another crack at St Luke's.

Meanwhile, recent doorstep conversation topics include litter, drugs, rats and homelessness. The Labour vote appears as strong as ever, whereas Conservative votes seem flaky. It is looking good for Labour in Southend.
at August 12, 2018 No comments: 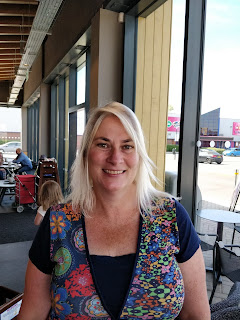 Jennifer Beck has been selected to represent the Labour Party in next May's election in Victoria ward.

David Norman OBE is standing down and Jennifer will be a great replacement. Jennifer's hard work, honesty and integrity has been recognised by Victoria ward Labour members, and I trust and hope that she will be amply rewarded at the polls come the first Thursday in May. 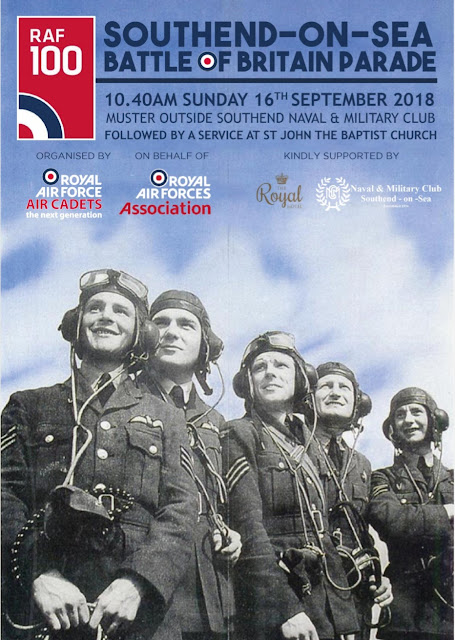 More flats for Milton ward - a quartet of planning applications

Email ThisBlogThis!Share to TwitterShare to FacebookShare to Pinterest
Labels: planning 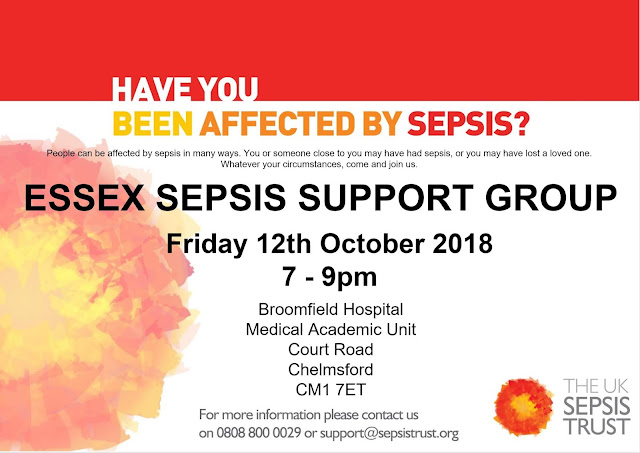 I have called this in to Developemnet Control.
at August 02, 2018 No comments: