Julian Ware-Lane, Labour’s candidate for Southend West, supports environmental policy, but will not support the call for a “progressive alliance,” or an electoral pact with the Green Party.

“I have a long-standing commitment to the environment,” Mr. Ware-Lane explains, “and I fully support the pledge made by the Labour Party to ensure a fair transition to a low-carbon economy, and drive the expansion of the green industries and jobs of the future.” 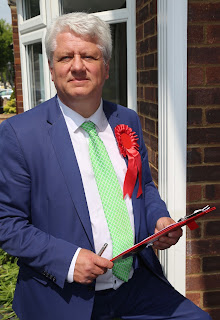 The Labour manifesto has yet to be published, but Mr. Ware-Lane is confident that environmental policy will feature prominently in Labour’s campaign. “We cannot leave the issues around climate change, carbon dioxide emissions, and rising sea levels, to the next generation. It will be too late. We need action now,” said Julian.

There have been calls for cooperation between centre-left parties as the way to stop the Tories from wrecking our country for generations to come.  As Julian points out, “in Southend West, the Party that got closest to the Tories at the last election was the Labour Party. If you want to see the environment protected then the only way to achieve this is to vote Labour.”

This comes in the wake of Green Party candidates in Oxford West and Abingdon, stepping down to give the Lib-Dems a clear run in seats where they came second in 2015.