Milton, #labourdoorstep, a campaigning start to 2017


How soon after Christmas can you get out campaigning? Well, the answer from this activist is before the New Year. I stuck to leafleting, mind you - although I am intrigued by the idea of canvassing in the days immediately following December 25th. I put in about three days of leafleting between the 26th and the New year. 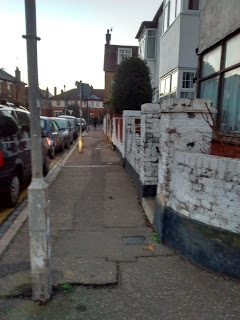 I started 2017 by leafleting on January 1st; and yesterday I did my first door-knocking session. This went really well, good responses and plenty of engaging conversations.

The evidence in Milton ward, as far as my limited surveying goes, is that whilst there is some disquiet about the Labour Party nationally (and not as much as you might imagine) I think locally we are still in a strong position. Labour support comfortably beat those declaring for the Conservatives amongst the snapshot I personally witnessed yesterday, and not one supporter of any of the minor parties. Indeed, I met one UKIP voter who promised to vote for Labour next time.

As for the issues - the continuing cuts was featured a few times. We have had six years of austerity now, and I think people have had enough. The thought of another four years of this beggars belief.

The National Health Service and education also featured, and even amongst the Tories this was a subject of disquiet. On local issues, leaves, trees and parking were mentioned. I think it safe to say that the new Council waste contractors have won few friends in 2016. Let's hope the day far better this year.

I heard of my wishes for residents' parking schemes, and I am becoming convinced that we will see the day when almost all of Milton ward is covered by these. Whether this solves the parking woes of those who live here remains to be seen. What does concern me a bit, though, is whether this will discourage visitors to a ward that is home to two high streets, the pier and seafront, and many areas of entertainment.
at January 08, 2017