Yet another Southend Conservative Councillor makes a racist comment 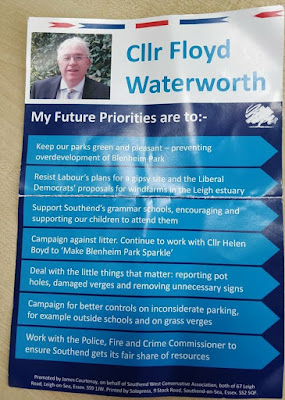 Aside from the lie contained in this statement, ‘gipsy’ (sic) is a racist term.

Southend Tories are not dealing with a very disturbing trend, despite Equality and Diversity training being laid on for them by the Council (largely ignored and avoided) after Cllr Walker’s vile comments (still no apology from him).

The Conservative Council Leader (John Lamb) has promised to deal with all race-hate language – let’s hope he comes good on his promise.
at March 11, 2018