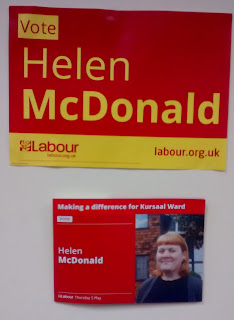 Kursaal ward has proved an interesting battleground between the left and right. Whilst Labour has won this ward more often than all its rivals combines, it has proved problematical at times.

In 2001 there were three seats up for grabs. All three were won by Labour.

This year I expect a good victory for Labour's Helen McDonald. I imagine a Conservative second place, if only because their candidate is also working for victory - which does not seem to be true for the candidates from UKIP, the Liberal Democrats, or the Green Party.