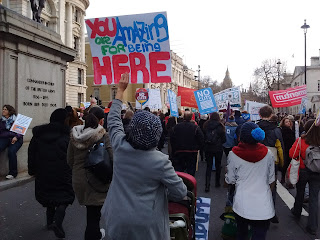 The National Health Service is a shining achievement, I would argue Britain's greatest triumph of the twentieth century. First class healthcare, available to all, regardless of income and wealth.

It is under attack, from a Conservative Government intent on dismantling public services.

There cannot be many people whose lives have not crossed paths with the NHS - mine certainly has on many occasions.

The Government has to be made aware that the NHS is not just cherished, it is a vital resource, the envy of the world. It signals that this country cares about the health and welfare of its citizens. By their relentless attacks on its integrity the Tories are signaling their contempt for people's health and welfare.

There are some things, surely, for which money and profit are not the primary drivers.

I was proud to have marched today , taking part in #ourNHS national demonstration in London. I walked from Tavistock Square to Parliament, and I heard the Labour Leader, Jeremy Corbyn, address those assembled.

I cannot even begin to estimate how many marched, but it must have been in six figures. 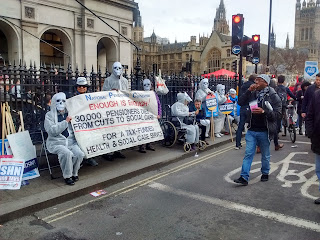 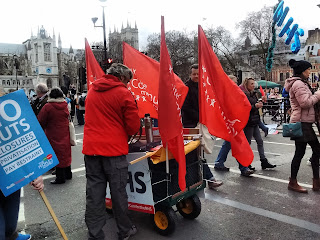