Town centre summit - summat has to be done, I just do not think the Tories are up to the job

There could be many ways of circumscribing what constitutes as Southend’s town centre. I am inclined to use the same boundaries as the Police do; the Southend Central LCM covers three wards and I think this is as good as any. 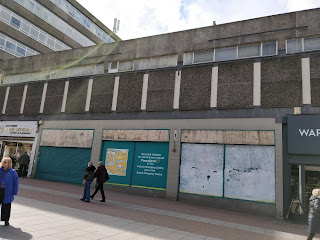 Thus, I would describe the town centre as comprising Kursaal, Milton and Victoria wards.

I believe that there are six councillors who reside in this area: me, two other Labour councillors (Cllrs Dent and Jones) and three Tories (Cllrs Bright, J Garston, and McMahon).

There is to be a High Street summit. Southend-on-Sea Borough Council’s CEO has written:


As you may have seen, Cabinet has invited key individuals with an interest in the High Street to a summit next week in order to agree a way forward for several issues that are of concern to residents and businesses alike, such as crime, antisocial behaviour, aggressive begging and rough-sleeping.

I understand that many of you have an interest in the High Street and would be keen to be involved in the summit. However, Cabinet agreed the summit to be on an invite-only basis in order that focussed discussions may take place at a strategic level among decision makers. The Cabinet has agreed to report back on discussions the following day and there will, of course, be ample opportunity to discuss outcomes with the Leader and Deputy Leader, who are taking a lead on the summit.

You are also encouraged to engage in the joint Place and Policy & Scrutiny Committees’ in depth study “Re-imagining the town centre in the context of the vision for Southend 2050” as a means of sharing ideas and feedback on High Street issues.


I do not know who is actually invited to give to take part in the summit. I know I have not been invited, and I believe that no-one from the Labour Group will be taking part.

I have little confidence in the Council when it comes to the town centre. So many bad decisions over the years have blighted the area, and the levels of deprivation in parts are truly appalling. I am convinced that some of the causes of health inequality in the borough have been exacerbated by planning decisions that have seen the town centre get ever more crowded with little infrastructure improvements to accompany them.

Ugly and inappropriate developments, thousands wasted, and a town centre that is struggling. This is some legacy. We have not got parking right, the rise of rough sleepers and begging makes for an unpleasant experience when walking down the High Street of an evening.

Not invited, and not that bothered about it. We need a change of administration before we can properly assess and address the many issues in Southend’s centre.
a
at September 20, 2018

Email ThisBlogThis!Share to TwitterShare to FacebookShare to Pinterest
Labels: Southend-on-Sea