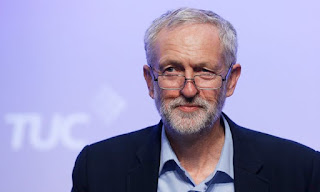 Congratulations to Jeremy Corbyn. For the second time in a year he has won an impressive victory in a leadership contest, and he has managed to improve his vote share. Let's hope that unity and comradeship can now descend on the Labour Party.

I think the contest was ill-timed. However, I did support Owen Smith who I think would have made a fine leader. I do have reservations about Mr Corbyn, which revolve less around policy and more about his style of leadership. He has to change - we cannot continue as we have done. We have to be electable and win elections. We also have to be seen as a credible Government-in-waiting.

To make change we have to be in power; this involves compromise. We cannot just please ourselves and expect that the majority of the electorate will fall in line. We have to understand what Middle England wants, and find the policies that deliver that. Anything else and we are irrelevant.

I will also continue to voice my opinion. We have to be a party that allows room for differences.