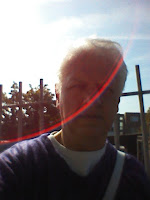 Almost every political activist has delivered leaflets. It is less a rite of passage than the fact that it is the most popular form of political engagement. And, rather like the way we cast our votes, it harks back to bygone days – a thread of consistency in an ever changing world.

Leaflets have evolved in appearance as production techniques have improved, but the delivery system remains the same. Paper through letterboxes.

I guess those letterboxes have changed over the years; some appear designed to trash whatever is attempted to be delivered. Homes are also more difficult to access as more and more blocks of flats are designed with no access bar via an entry code.

The biggest challenge nowadays those is the sheer volume of competition from other leaflets. Do political leaflets get read at all nowadays? Of course they do – by some. But when so many leaflets get deposited straight into the recycling bin one wonders.

To print a leaflet to cover a ward one has to spend something like £100. That is a lot of money if it sees the vast majority discarded unread. 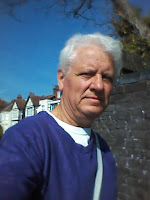 Councillors, candidates, etc. spend hours carefully crafting the content of these leaflets. These are proof read and passed through an approval process. Those leaflets, which often only survive the length of time it takes to walk from front door to bin, have had hours of labour put into their creation, let alone their delivery. So why is it the most popular form of engagement?

Well, for starters, some are read. I have no idea what the proportion is, but I would be delighted if it was as high as ten percent for mine.

It is an easy form of engagement; not everyone is comfortable dealing with voters face to face.

In terms of volume, delivering a hundred leaflets is far quicker than speaking to a hundred voters. And, no matter how assiduous a canvasser one is, there are many households that defy all attempts an engagement.

Whatever the shortcomings of leaflets and leafleting, it remains an integral part of modern campaigning. And, for those of us in desperate need of fitness, it is an excuse for some exercise.