Milton, digging in the garden of earthly delights 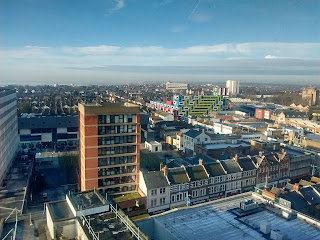 One of the nicer things about canvassing is the unearthing of Labour supporters, ones that we were previously unaware of. This is a frequent and regular experience in Milton ward where the support for our candidates has steadily grown. Milton was once a safe Conservative ward, and now through years of campaigning is a ward that holds good prospects for Labour. It is true that where Labour works in Southend-on-Sea we usually see success. Our best wards are those where we have put in the most effort.

In 2008 Milton had the fourth largest Labour vote in the borough, a position repeated in 2010. A year later, in 2011, the ward moved up to third place, and 2012 saw second spot achieved. In 2014 Milton ward was the number one Labour ward in Southend-on-Sea, a position they have held ever since.

In the same period Labour have ousted two Tory councillors and were unlucky not to have achieved the clean sweep in 2015.

The Green Party had not stood a candidate in Milton since 2007 when they re-appeared in 2015. Their appearance on the ballot paper certainly gave comfort to the defending Conservative councillor whose 51-vote majority was dwarfed by the 476 the Green candidate acquired.
at February 19, 2018