Going backwards with the Tories in Blenheim Park 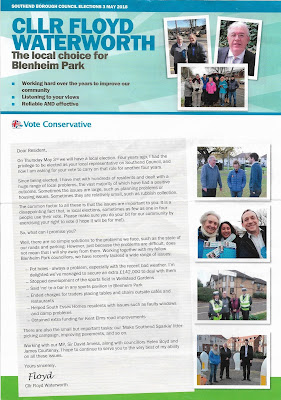 One of Floyd Waterworth’s priorities if re-elected is: “Work with Sir David Amess MP for the abolition of Inheritance Tax”.

Once again Mr Waterworth demonstrates his regressive tendencies with yet another attempt to drag Britain backwards. Almost everything that the racist and sexist Waterworth wishes for stands in contradistinction to my ideas of radical, progressive, and fair politics.

(Read here for some arguments for inheritance tax.)

Waterworth has forgotten to mention his election as a UKIP councilor, and subsequent rat-run to the Tories.

If Waterworth succeeds I sincerely hope his next four years are a significant improvement on his first term as councillor. He really could, and should,  do a lot better.
at May 01, 2018